Recently I bought a Canon Pro9000 MkII printer. About a week later, Snow Leopard was released. I decided I wasn’t too fond of the drivers that came with Snow Leopard and wanted the “official” ones. However, they won’t install on anything beyond Leopard, unless you do some tweaking. If tweaking is what you’d like, you’ve come to the right place. In this little post, we’ll install them.

First, use Disk Utility to create a new image that’s read/write enabled from the CD. Select the CD (CANON_IJ) from within Disk Utility and hit the “New Image” button at the top of the window, between “Enable Journaling” and “Convert”. Select “read/write” from Image format and save the image to your desktop. You should get a window titled “Disk Utility Progress” saying Creating Image and Reading CANON_IJ. Let it finish

Having done that, eject your CD, and be sure you have your image mounted. (Double-click it if it’s not). Open your terminal, and write

That should give you: Now replace these files with a string saying your OS is version 10.5.8:

You’ll get an “Operation not permitted” when mv tries to set the file owner, don’t worry about that.

Voila, you’re good to go. Run the setup from your image. You’ll get a warning saying the OS version is unsupported, but we’ve just made it so that it will complete correctly. So just click OK when you get the warning, install the printer as you would before and enjoy

This review is a really nice and thorough reveiew

I’ve been looking into what to replace the Nikon CoolScan 4000 that broke and Nikon didn’t manage to fix, and in that process I started a discussion on photo.net where people came up with some really nice answers. Check out the discussion

Mogens added some powder to the skin of this gorgeous girl…

Boing Boing has a link to this interesting article about a victorian age spy camera: 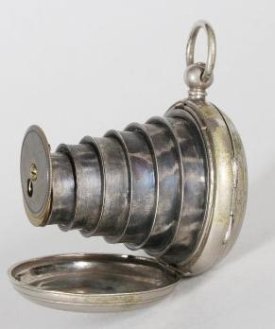