The 12" Macbook for iOS development 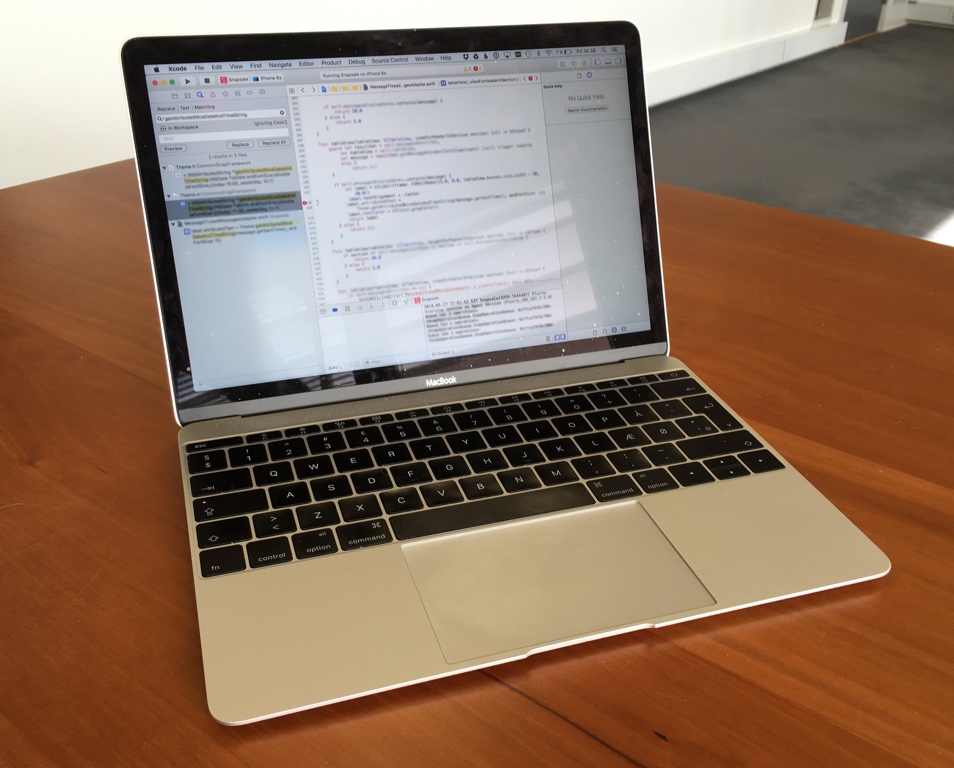 November 2nd I started working at Snapsale as the head of iOS development. At the moment that means the head of me, so I get to do all the fun stuff myself. :-)

In that context I’m setting up an iOS test lab, that I’ve called “Snapsale iOS Lab” (yes, I’m that original in my naming). For my own sake, to remember with future devices, and to inspire other iOS developers (this might even apply to some degree to other mobile app devs), here is the list of tasks I do for each device.

When setting up a new iOS device:

I expect the last two steps can be automated through Fastlane.io, but I haven’t come around to that yet.

For a project I’m doing at work, that I hope will eventually be open source, I needed to have protobuf compiled for iOS. A colleague of mine showed me how it had been compiled on iOS 4, using these scripts, but with iOS 5 I ended up with binaries compiled for the arm architecture instead of the armv7 architecture.

Be aware that the iOS 5 SDK actually ships with a version of protobuf, but it’s a bit old, being version 2003001. And it only ships the binary, not the headers.

To compile protobuf, grab the latest source (which is 2.4.1 at the time of writing this) and run the following script (download script):

After running this, you should have a directory called /tmp/protobuf/arm that is compiled for your iPhone or iPad with the armv7 architecture. Copy that into your project and start using protobuf

A Mini Server (two disks, no superdrive) became redundant in our setup, so I used it to test a few things. At the same time I needed Visual Studio, so I dedicated one of the drives to Windows 7. After installing it with bootcamp, the mini would reboot as Windows, but if I pressed option and selected OS X, and rebooted after having used OS X, I’d get a “no OS” flash and the mini would reboot, find no OS, reboot again and loop. If you ever get this problem, the fix is easy: Press the option key and select boot into OS X, then go to System Preferences, Startup disk, select your OS X disk, and press restart. It’ll now behave correctly and reboot into OS X at startup.

It’s been a while since I wrote about what I’m doing, but nothing much has changed: I’m working with the iPhone SDK making different applications. Today I’d like to demo the application that made me start working with the iPhone: DashBoard. I first got interested with dashboards when I tried to make something userfriendly with Performance Point and found IMA’s dashboard. Now I’ve created a simple, easily customizable dashboard for the iPhone. Because of Apple’s NDA I cannot release it, but I believe I can show it to you, running on the simulator:

In this video you see a logo on top and nine KPI buttons below. Each KPI button has a logo, a number, a unit, a last-updated date and a colour to indicate if it’s as it should be, falling below target or significantly below target (in other words, if there is a problem), using green, yellow and red. When you tap a KPI button, the report is displayed. The report is just a webpage, so I’ve linked up a webpage for every KPI button showing just a normal webpage, but more interestingly I think: PDF reports. As you can see, it works beautiful with 154 page reports, even though I guess for actually using this, you’d use a page or three with lots of graphs.